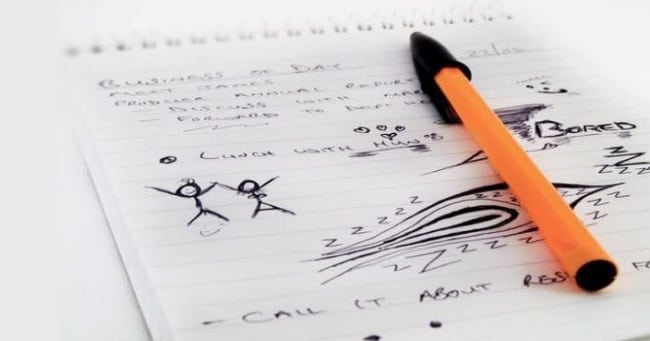 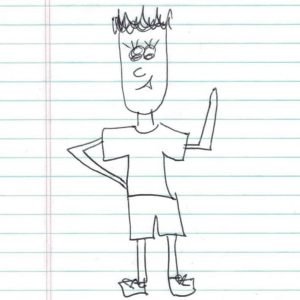 What do our doodles say about ourselves? How about we start with doodles of ourselves.
Drawing human figures indicates a successful person: someone with a healthy self- image who connects identity to a complete body. It suggests a person is in control of their emotions and can achieve their goals.
How realistic the doodle is (whether it’s detailed or a simple stick figure) doesn’t matter. That only shows how much artistic training the doodler has, not the meaning behind it.

Faces alone are worth a closer look. Before diving into the hidden meaning of these doodles, you first have to determine whether the doodle represents how the creator sees themselves or other people. 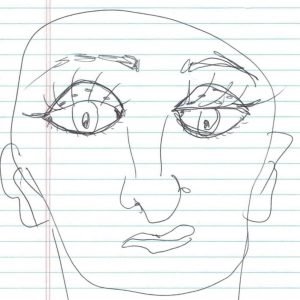 In general, beautiful and attractive faces reflect a positive and optimistic outlook. Ugly faces represent a negative or distrustful view.Pay attention to the eyes and the mouth. Extra detail on eyes could suggest a desire to be noticed. Or it could mean the artist feels like they’re being watched or their privacy is invaded (what does that say about anime artists?). Lush, voluptuous lips can mean a deep-seated, secret desire.

Face shape and style is also telling. Cartoonish face doodles signify a need for attention. Wide, circular faces mean innocence (think of a smiley-faced sun), and neediness. Even the direction of the face is telling; profiles tend to be popular among introverts.

Flowers are one of the most popular drawing motifs, ingrained in us from childhood. While they’re commonly drawn by women, it’s not unusual for men for doodle them as well. 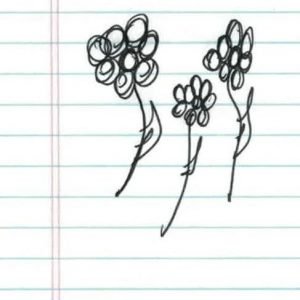 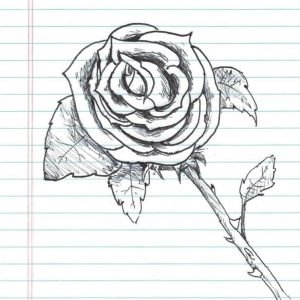 Flowers indicate a gentle, passive or even fragile nature. They’re delicate and, pretty as they are, they are very susceptible to the forces around them.

Today, flowers are also associated with environmentalism, so people thinking deeply on green issues might find themselves doodling flowers. 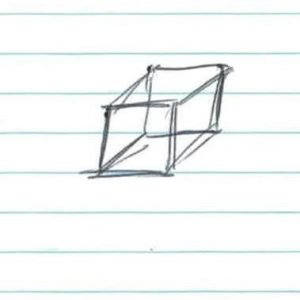 Nothing says structure quite like squares, boxes and cubes.
This kind of doodles typically indicates a person who is efficient, analytical, and in control. If you haven’t solved your problem yet, then you’re working through it logically. This is doubly true with a checkerboard, which suggests patience and persistence as the doodler weighs every option.
Beware if your boxes form a pile or stack. Then, you may be feeling overwhelmed.

Nothing says blocked or restricted like a brick wall. 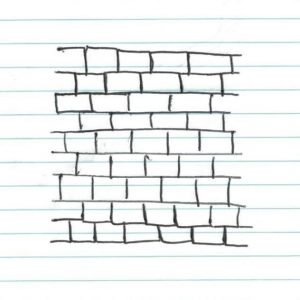 Scattered or unconnected bricks indicates a positive association with walls, like planning a new home or the place you met a schoolyard. 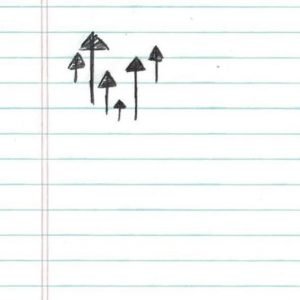 Simple to draw and packed with meaning, arrow doodles might be basic signs for direction or Katniss’ favorite weapon.
What really matters is where it’s pointing.
Upward-facing arrows show ambition, optimism or motivation. Downward-facing arrows show dread, pessimism or worry.
Always pay attention to what is drawn with an arrow. This will show exactly what you’re striving for. An obvious example: arrows drawn with hearts are obvious signs of a desire for love. 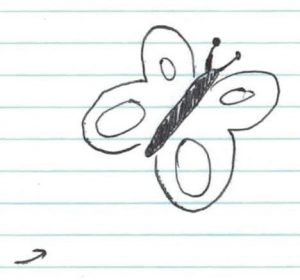 You already know about the birds and the bees, but what about butterflies, dragonflies and other flying creatures? While they may seem cutesy or romantic, their true meaning is really a desire to be free and not tied down. Doodles of flying animals may crop up more if you feel strained by a particularly frustrating project.
Don’t mix flying animals up with transportation vehicles like airplanes, though. More on those later.

Like flowers, houses are a common motif instilled in us during childhood. These doodles typically represent one’s home life or sense of security, and how they’re drawn indicates the doodler’s feelings about that. For example, a nice, tidy drawing shows a healthy home life, while a messy or asymmetrical one reveals trouble. 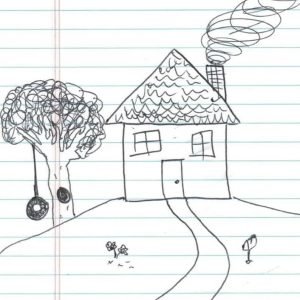 Some common details to watch out for:

Bear in mind that there are cultural and architectural variations. Someone who grew up in a city apartment might not identify with the traditional “square house with a triangle roof.” 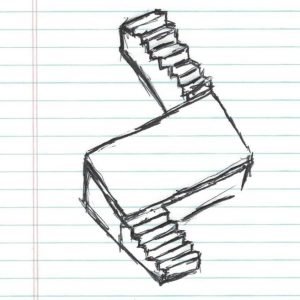 Whether it’s career ambition, personal improvement or even spirituality, ladder and stair doodles indicate working towards a goal.
The style of your doodle reveals your attitude about the struggle.
Firmly drawn lines show confidence, while shaky or uneven lines show uncertainty.

This one’s easy. Doodling names or initials shows who you think about the most—even if it’s yourself! This holds true regardless of whether it’s a stylistic drawing or simple lettering, although the size of the doodle can relate to how much importance you give this person.

Even simple line doodles can reflect your inner-thoughts, as long as they have some character to them.

Squiggly lines suggest the middle-ground between direction and exploration. You may know where you need to go, but not how to get there.

Angular zigzags are different. Their straight lines and sharp corners denote aggression or impatience, and are commonly associated with masculine traits. 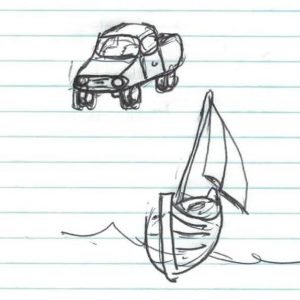 Planes, trains and automobiles (and trucks and boats and hot-air balloons…) represent mobility, moving or escape.
For better or worse, these doodles reflect an urge to “go someplace new,” whether physically or psychologically.
Someone who wants a new job or someone planning a wedding might find themselves both drawing cars.

Stars have a variety of meanings depending on how they’re doodled. They denote ambition, motivation, and confidence, but paying attention to the details can add even more insight. 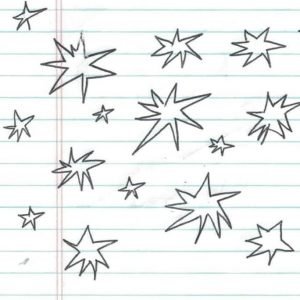 A bunch of small stars indicates optimism. One big star suggests a singular goal that stands out over others. Organized and uniform stars show focus and dedication.
Chaotic and asymmetrical stars reflect an energetic free-thinker.

Where did you doodle?

It’s not just what you draw, but where you draw it. On a blank page, you’re free to doodle anywhere, so your first impulse might say something more about you.

The left and right sides are tricky to diagnose because they’re often decided by external factors (like whether the doodler is left- or right-handed) or how much room the bookbinding leaves. Take the following interpretations with a grain of salt: